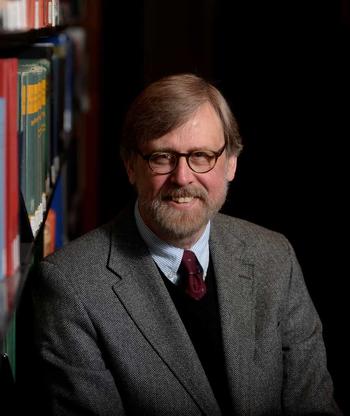 Jonas Zdanys, a Branford College alumnus, graduated from Yale in 1972. A bilingual poet and translator, he is the author of fifty books; forty-six of them are collections of his own poetry, written in English and in Lithuanian, and his translations into English of Lithuanian poetry and fiction. He has received a number of prizes, book awards, writing and travel grants, and public recognitions for his own poetry and for his translations.

He worked at Yale for eighteen years, teaching translation seminars in the Literature Major and serving in a number of administrative positions, among them Associate Dean of the Graduate School of Arts & Sciences and, for eight years, Assistant to the President. He also served as a Scholar-in-Residence in the Yale Center for Russian and East European Studies. As part of his international activities, he was appointed a consultant for the reorganization of higher education by the Lithuanian Ministry of Education and Lithuanian Parliament. He was appointed by the State of Connecticut’s Chief  Academic Officer and Associate Commissioner of Higher Education in 1998, a position in which he served for eleven years. Since 2009, he is Professor of English and Poet-in-Residence at Sacred Heart University in Fairfield, Connecticut, where he teaches creative writing seminars and seminars on modern American poetry.

Both of his children also are Branford College alumnae: Kristina (‘04, Yale Medical School ‘08), a geriatric psychiatrist, is Associate Professor of Psychiatry at the University of Connecticut School of Medicine, and Joanna (‘07, Columbia University M.A. ‘09, and Fordham Law School ‘13) is Counsel in the Democracry Program at the Brennan Center for Justice at NYU Law School. His wife, Jean, holds an M.S.N. from the Yal School of Nursing and recently retired as a pediatric nurse practitioner.