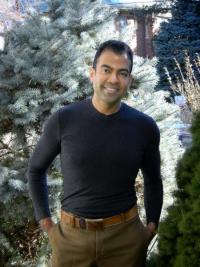 Maxim Thorne is a thought leader, senior executive, lawyer, activist, and philanthropist. He teaches courses in philanthropy, law and management that is jointly offered by Yale Law School, Yale School of Management and Yale College. Through his seminar Philanthropy in Action, his students actually invest $100,000 at the end of each semester to selected charities (http://philanthropyinaction.yale.edu). Maxim advises philanthropies and families and family foundations. He is also the Founder of Weekend Renewing America’s Promise (WRAP), which brings together exceptionally talented leaders from across the globe each year. (WRAP’s theme also became the theme of the 2008 Democratic National Convention in Denver, Colorado at which Barack Obama was nominated.)

Previously, Maxim served as Senior Vice President and Chief Development and Communications Officer of the NAACP, the Chief Operating Officer and Vice President of Human Rights Campaign, and Executive Director of New Jersey Head Start. He represented the NAACP, Head Start and local daycare centers in the famous Abbott v. Burke school funding case in the NJ Supreme Court. One of his significant cases resulted in his client, a low-income tenant facing eviction, successfully defeating the bank and being awarded clean title to actually own property- in an instance of bank redlining. He helped carve out a unique role for philanthropy and the expansion of human rights in the country’s largest and oldest civil rights organizations. He oversaw the formation and implementation of the first NAACP LGBT Taskforce at the NAACP Centennial Convention in 2009, introduced the keynote speaker Julian Bond at the National Equality March on Washington in 2009 and has stewarded multimillion dollar gifts, including a $1M gift from Tyler Perry, the largest gift ever from an entertainer to a civil rights organization, as well as multi-million and multi-year funding from the world’s largest corporate and philanthropic foundations. In addition, Maxim has been a Democratic fundraiser, serving as a bundler for Barack Obama’s presidential campaign, and serving on the African American Leadership Council and the LGBT Leadership Council and Finance and Policy Committees. He also serves on the Yale Board of Governors, the Executive Committee of the Yale Law School, the National Board of GLAAD, and the Yale Black Alumni Association. Maxim received his B.A. in Economics and Political Science, cum laude honors, from Yale University in 1989 and a Juris Doctor from Yale Law School in 1992.