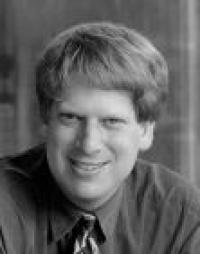 I am interested in the development and nature of our common-sense understanding of ourselves and other people. My current research explores the following areas:

Bodies and souls. There is considerable evidence that adults are natural dualists- we see the world as Descartes did, as containing physical things (or bodies) and social entities (or souls). I am interested in how this common-sense dualism emerges in development, and the implications that it has for domains such as morality and religion.

Art and fiction. there are some hard questions that arise when we consider the human capacity to make sense of artwork and fiction. What distinguishes art from everything else? Why do adults consider forgeries to be inferior to the real thing (even if they are perfect duplicates) and when in development does this intuition emerge? And how do we think about the relationship between different fictional worlds, such as the fictional world of Harry Potter and the (also fictional, but very different) world of Batman and Robin?

Moral Reasoning. My students and I are becoming interested in certain fundamental questions within moral psychology. Why do we find certain actions to be disgusting (such as certain sex acts), and why does this emotional reaction lead to moral condemnation? What are children’s intuitions about fair and unfair distribution of resources? When does moral hypocrisy emerge? One goal of this research is to understand the developming interplay between deliberative reasoning and the moral emotions.

Most of these projects are student-initiated, and all of the work in my laboratory is strongly interdisciplinary, bringing in theory and research from areas such as cognitive, social, and developmental psychology, evolutionary theory, linguistics, theology, and philosophy.

I can be reached at paul.bloom@yale.edu.