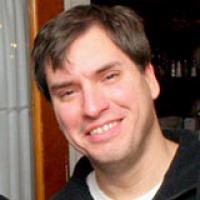 Jay Fisher received his B.A. from Richard Stockton College of New Jersey and his M.A. from Bryn Mawr College. He received his Ph.D. from Princeton University in 2006.

His research focuses primarily on Indo-European linguistics and poetics and the evolution of Proto-Indo-European poetics in the attested daughter languages, particularly in Latin and Greek. He is currently editing a volume of papers on Greek, Latin and Indo-European poetry and working on a book length manuscript on Ennius and the Italic tradition.

2006, “Speaking in Tongues: Collocations of Word and Deed in Proto-Indo-European” Proceedings of the Seventeenth Annual Indo-European Conference. Washington DC: Center for the Study of Man.

2009, “Epic or Exegesis?: The Form and Genesis of the Tain Bo Cualnge,” Proceedings of the Harvard Celtic Colloquium 23

He can be reached at john.fisher@yale.edu